Music has always been integral to the prayers of the Church. The beautiful English architecturally inspired stone church which is our spiritual home was completed nearly a century ago in 1921. It included a Moller Company pipe organ which was, according to former organist and Choir Director Mary Landrum, a gift of the women of the parish in memory of Mrs. Fry Bunding and Mrs. Minnie Bunting Jones. The instrument cost $3,250. That instrument was used until 1954 when it was replaced by another Moller organ. The 1954 instrument incorporated two ranks of pipes from the 1921 organ. The 1954 organ had 13 ranks.

Ernest White, recognized recitalist and scholar, served as tonal designer of the later organ and personally oversaw its installation and voicing. White also decorated the organ's façade with the Gothic gold-leaf lettering which is still there.

The 1954 Moller pipe organ was modest in scale but of very high quality and served Emmanuel for nearly a quarter century. In time it required more significant maintenance and refurbishment than routine service and tuning. In 2001 the Reverend Dr. Hamilton Fuller appointed a committee to evaluate the condition of the organ and recommend how to proceed. After consulting numerous organ builders the decision was made to disassemble and restore the organ and to enhance it with added voices and state-of-the-art electronic control mechanisms. Xaver Wilhelmy of Staunton, Virginia did the work which began with the removal of the organ after Easter Sunday 2003.

In 2020, after diligent consideration of alternatives, the decision was made to finally replace the organ with a new instrument which is being constructed by Colby Organ Builders. The new organ, Colby Opus 522, will be installed in 2021, the centennial year of the building.

For detailed information about the new Colby Organ, click here. 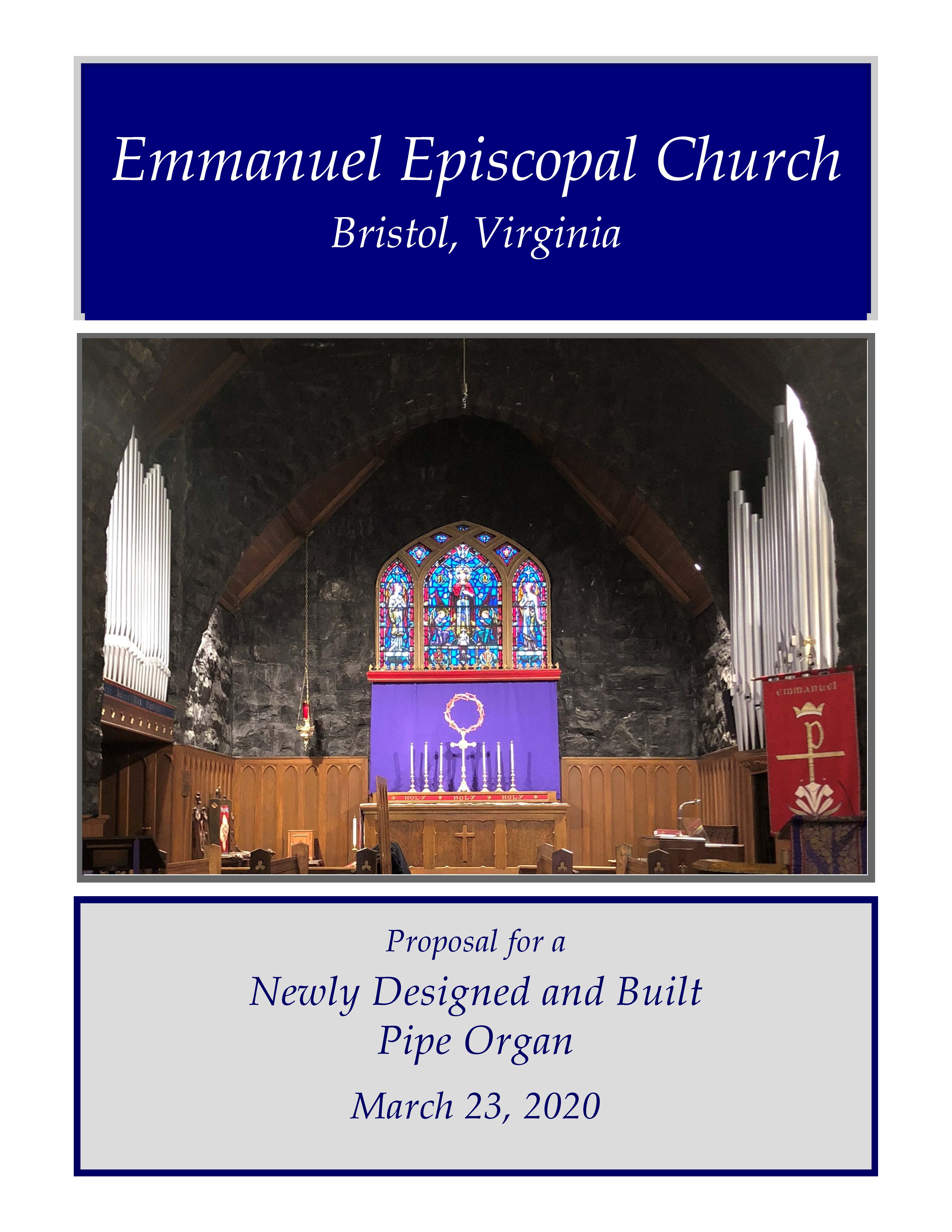 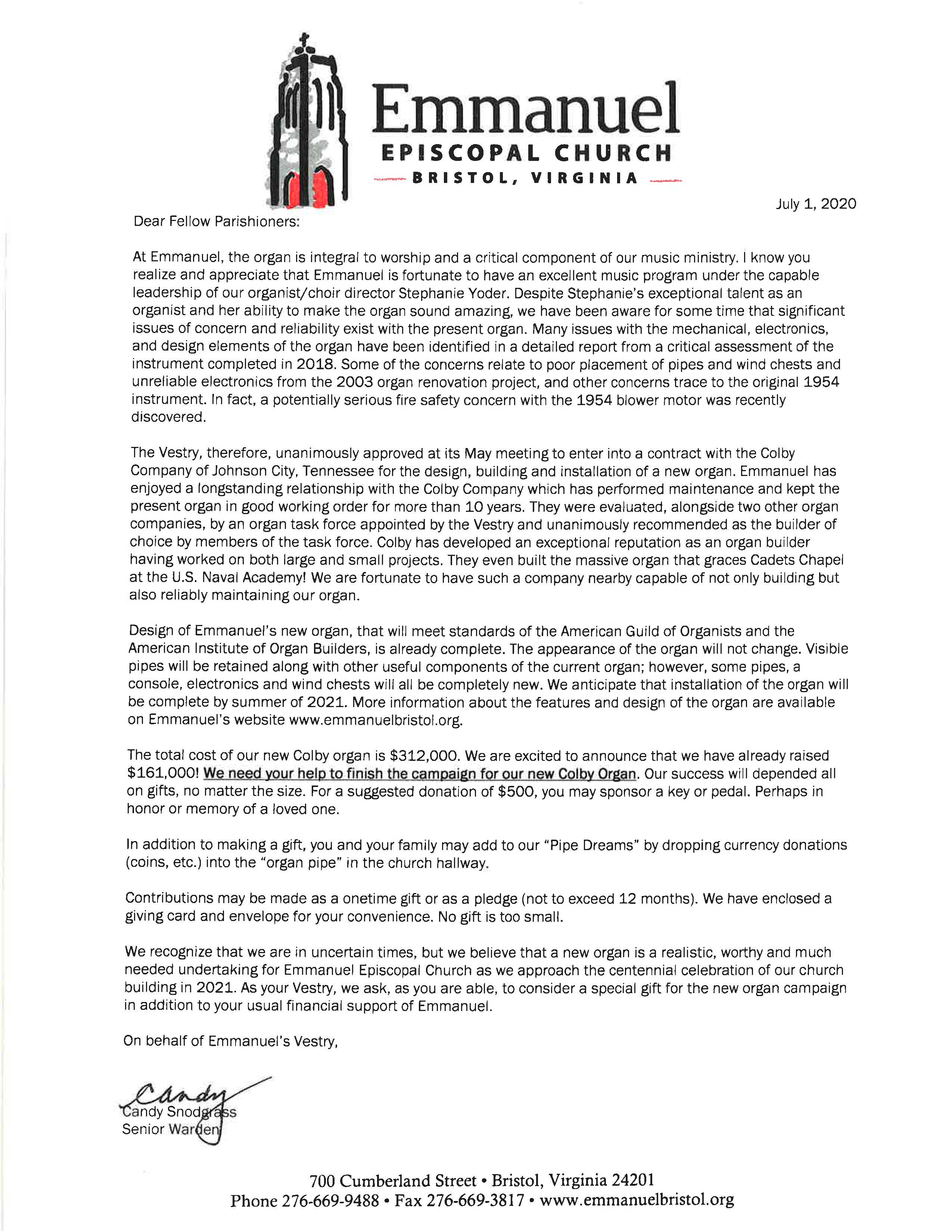 Click here to view a video about the progress on the new organ.

The music at the 10:30 a.m. Sunday Eucharist and other special events is directed by Stephanie Yoder, organist/choir director and includes a variety of repertoire with a focus on English Cathedral style. Emmanuel regularly invites instrumentalists and vocalists from the region to share their talents in our worship services.

Due to COVID 19 the Chancel Choir is currently unable to serve Emmanuel.

The Chancel Choir leads the music in worship at the 10:30 a.m. service, at evensong services, and at other special events. All interested adults (including high schoolers) are invited to join. Rehearsals are held each Wednesday evening from 7:30 to 9:00 p.m. in the choir room.